Blitz gasoline cans, at Ace Hardware in Miami, Okla., will soon disappear from stores. The company closed because of the costs of lawsuits contending that the cans were unsafe. Credit Brandi Simons for The New York Times 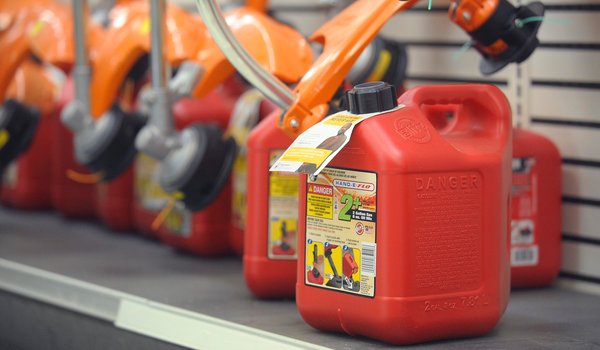 Crusading against what it considers frivolous lawsuits, the United States Chamber of Commerce has had no shortage of cases to highlight, like the man suing a cruise line after burning his feet on a sunny deck or the mother claiming hearing loss from the screaming at a Justin Bieber concert.

Now, the lobbying group’s Institute for Legal Reform is showing a 30-second commercial that uses Blitz USA, a bankrupt Oklahoma gasoline can manufacturer, to illustrate the consequences of abusive lawsuits. The ad shows tearful workers losing their jobs and the lights going out at the 46-year-old company as a result of steep legal costs from lawsuits targeting the red plastic containers, according to the company and the institute.

The closing of the 117-employee operation this summer became a rallying point for proponents of tort reform. But the commercial ducks the complexities of the product liability cases surrounding Blitz by making no mention of the dozens of casualties linked to explosions while people used the cans in recent years. In interviews, the company and the lawyers suing it seek to frame the conflict in stark terms: devious lawyers with spurious claims piling on a valuable manufacturer, or a greedy company hurting consumers by refusing to fix a defective product.

The Blitz cases show the inherent conflicts “between makers of products that have some hazard or danger and consumers who on occasion are injured by those products,” said Marshall S. Shapo, an expert on product liability at Northwestern University School of Law. “It is an ancient rivalry that will go on forever.”

The suits generally make the claim that the cans were susceptible to “flashback” explosions caused when gasoline vapors outside the cans ignited and followed the vapor trail back into the container. The lawyers argue that the company should have installed “flame arrester” shields at the mouth of the containers to prevent explosions.

Blitz executives note that the company, which was the nation’s leading gas can producer, sold more than 14 million cans a year over the last decade, with fewer than two reported incidents per million cans sold. The company said the most serious incidents usually involved obvious misuse of the cans, like pouring gasoline on an open fire.

Frank J. Vandall, an Emory University law professor, said there was probably no way Blitz could have avoided at least some of the lawsuits, although he questioned why the company paid settlements if it thought it could win in court.

Blitz has been sued 62 times since 1994, according to the company. Only two cases have made it to court; the others were settled or dismissed, or were unresolved at the time of the bankruptcy. The company says the cases cost it $30 million in legal fees. Insurance companies paid well over $30 million more in settlements and other payouts.

The gas can explosions can be powerful. In one case, two emergency workers heard an explosion more than two miles away. In a 2010 test, a federal fire research laboratory found that a two-gallon gasoline container could produce a flame jet 13 feet long.

Chad Funchess, a volunteer firefighter from South Carolina, was seriously burned over half his body in 2007 when he was filling up a chain saw in the back of his convenience store and the can exploded. In his lawsuit, Mr. Funchess said there was no open flame to set off the blast. But the company said the store was razed before it could investigate what happened. Mr. Funchess said his fiancée left him when he was hospitalized. The case was stayed when the company filed for bankruptcy, and is one of 36 cases still open.

In the one case Blitz lost, in 2010, a Utah jury awarded more than $4 million to the father of a 2-year-old girl killed when a Blitz can exploded after the father, David Calder, tried to start a fire in a wood-burning stove in his trailer home by pouring gasoline on the flame.

Mr. Calder argued successfully that the explosion would not have happened had the can been equipped with a flame arrester, a piece of wire mesh placed at the opening of a container that blocks flames from entering. The company is appealing, claiming that the can was misused and that the child’s death was a result of a gas explosion outside the can, not inside.

Blitz won the other case that went to trial, in 2008, involving a Texas man named Brody Green, who died in an explosion when he poured gasoline from a can onto a fire. But last year, a Texas court forced the company to pay Mr. Green’s mother $250,000 for failing to provide all the documents it had on flame arresters before the trial. The court also said its order must be provided to every other plaintiff who sued Blitz over the last two years. Again, the company is appealing.

Among the documents Blitz had neglected to disclose was a 2005 internal memo from Rocky Flick, the company’s chief executive, titled “My Wish List” and “Expectations for Gas Cans.” In it, Mr. Flick appears to request that in two years the company “develop and introduce device to eliminate flashback from a flame source.”

United States District Judge T. John Ward ruled that, had the memo been disclosed in the original case, it “would have hurt, if not potentially eliminated, Blitz’s defense that they did not add a flame arrester because it would not have been useful.”

Diane Breneman, a lawyer who has been involved in several cases against Blitz, claims the company dropped its plan to add the flame arrester around the time it was acquired by the private equity firm Kinderhook Industries in 2007. The company, she said, was more concerned with saving money than lives, and was “guilty of greed and completely irresponsible corporate behavior.” 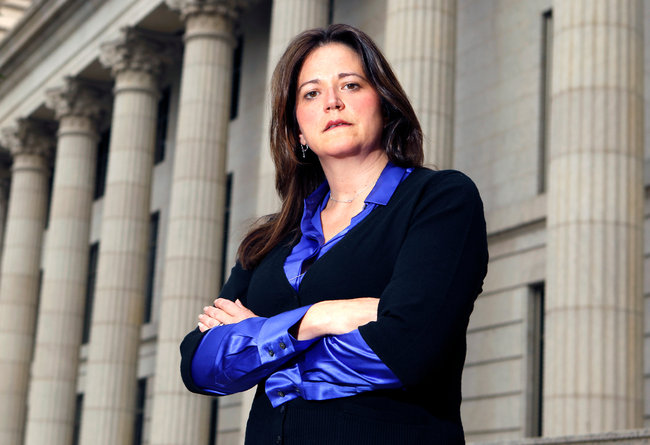 Diane Breneman, a lawyer in several cases against Blitz, accused the company of putting money before safety. Credit Tim Shaffer for The New York Times

Mr. Flick, the chief executive, countered: “We’re not the evil empire. We just make gas cans. It helps their case to demonize us.”

The “wish list,” he said, “was a handwritten document that should have been produced in the Green trial but was stuck in a different file. It proves nothing.”

He said that the list was not a definitive plan and that the company was never against adding arresters. But Blitz officials said that after conferring with experts, they decided the devices would lead to other safety issues, including giving consumers a false sense of confidence when pouring gas on fires.

“There was no proven device that we could get that we thought would prevent somebody from getting hurt when they elected to pour gasoline on a fire,” Mr. Flick said.

Typically, businesses want to lessen government regulation. But Blitz and the trade group that represents manufacturers of portable gasoline containers have repeatedly asked the Consumer Product Safety Commission to regulate their products, requesting last year that the agency either prohibit or require use of the arresters. The commission denied the request on the ground that the petition did not provide supporting documentation.

“We are always in favor of any approach, including the use of flame arresters, that can provide additional safety protections for children and adults,” said Scott Wolfson, a spokesman for the commission.

Ms. Breneman countered that “insurance companies don’t settle when they can win in court, and they have no problem telling plaintiffs to take a hike.”

A decade ago, Mr. Flick said, the company would face one or two lawsuits a year. The number grew to six or seven a year, and finally to 25 or so last year when Blitz filed for bankruptcy.

Smaller companies that have taken Blitz’s place are now facing lawsuits, too.

But the Blitz factory, in Miami, Okla., may be reopening soon. Scepter, a Canadian plastics manufacturer, bought the operation for $9.5 million and may rehire at least some of the laid-off workers. Philip Monckton, a Scepter vice president, said the company did not use flame arresters on the cans it made in Canada. But he said it might decide to use them on cans that it will produce in Oklahoma, depending on the results of technical studies. The company settled a lawsuit against it in the United States last year.

“We have concerns about expanding our presence,” Mr. Monckton acknowledged, “but we are going to make a product at the highest levels we know how.”

« Back to Gas Can Dangers in the Media
Contact Breneman Law »